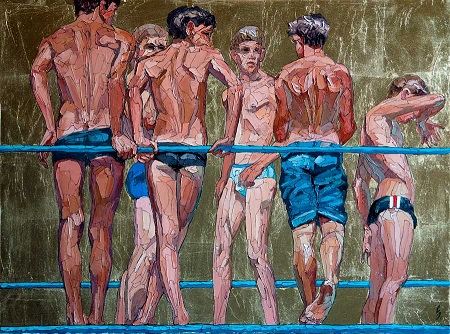 In 2015 the Kunstbehandlung exhibited the first solo exhibition with works by Sergey Sovkov in Germany. Born in 1972, the artist lives and works in Togliatti, an industrial hub at the banks of the river Volga, about 1000 kilometres southeast from Moscow. He completed a classic academic education in fine art at the Russian Art Academy in St. Petersburg, whose traditionally very high aspiration level remains valid to date. Unmistakable this school left its mark on his work; following the style of powerful ‘Russian Impressionism’ the artist creates mainly oil paintings.

The exhibits of this exhibition present a vast spectrum stretching between almost naturalistic verisimilitude and postimpressionistic picture definition. The brilliance of the oil paintings remind of church windows, the specific use of a palette knife give the works a great plasticity and, depending on the light incidence and visual angle, certain levels of the painting come to the fore. The portraits are, on close inspection, finely composed mosaics; allowing some more distance the faces unfold stupendous expressions – similar to ancient paintings of historic icons.

The drawings and pastels are more figurative depicted. Narrative scenes are characterised by an authenticity of the portrayal, whilst the firmament above implies a menacing dynamic at times. The combination of modernity and same time resort to traditional stylistic methods at different subjects makes Sovkovs portfolio such diverse and exciting. His main subject is the male nude body, which he varies as genre painting, as expressionistic composition or follows the style of patriotic Russian landscape paintings.

Sovkov’s landscapes are scenes, where threatening clouds, midday sunlight, troubled waters or pale moonlight above dim streetlights place aesthetic effects. The recurring men theme caused Sovkov conflict with Putin’s law against ‘homosexual propaganda’. He had to quit his post as a lecturer for fine arts. At his numerous journeys through Europe he enjoys the social openness, the boisterous, emotional mood at events – here an allegedly obviousness, which he depicts in the atmosphere of his paintings.

The opening of the exhibition takes place on the evening of the 25th of February, from 8 pm onwards, where the artist will be in attendance. 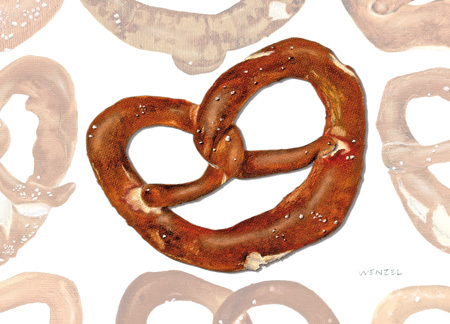 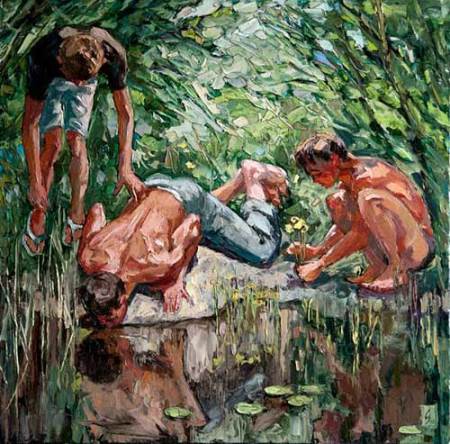 At the close of Ulrike Wenzel’s exhibition of pretzels, ‘Salted & Twisted’, we celebrate a ‘finissage’ in cooperation with ‘Short’n Sweet on Sunday, 21st of February from 3 pm to 6 pm.

Short’n Sweet is an event to mark the ‘restaurant days’, when in well over 40 countries private folks organise restaurants, coffee shops, BBQs or many more mouthwatering delicacies. To make things even better: all food on offer is free of charge; at best you might want to leave a donation to show your appreciation. We decided to pass all donations to the ‘Münchner Tafel’.

Look forward to enjoying our sweet offerings on the table and salted ones still to admire on our walls. After all the exhibition ‘Salted and twisted’ caused quite a stir and was reflected in a huge media response, which is, looking at Ulrike Wenzel’s subtle ulterior motives, not surprising at all.

At 25th of February at 8 pm we open Sergey Sovkovs annual exhibition The Russian artists presents in his second solo exhibition with the Kunstbehandlung a large variety of paintings, still lifes, landscapes and some nude paintings in his unmatched and outstanding technique. A more detailed invitation to his exhibition will follow within the next few days.
You are cordially invited to all these events and our gallery.
We are looking forward to your visit. 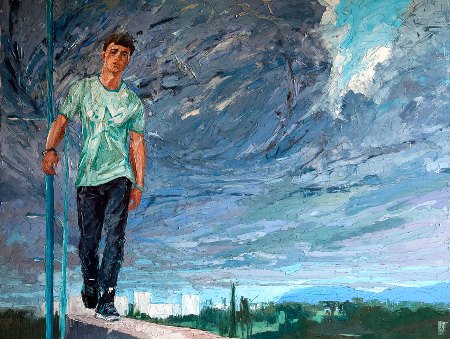 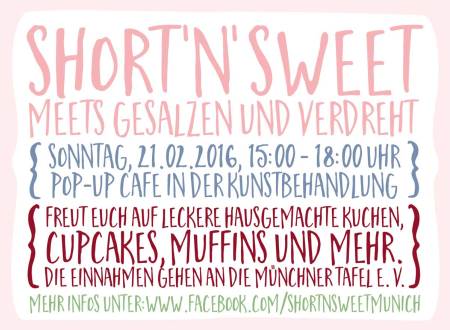